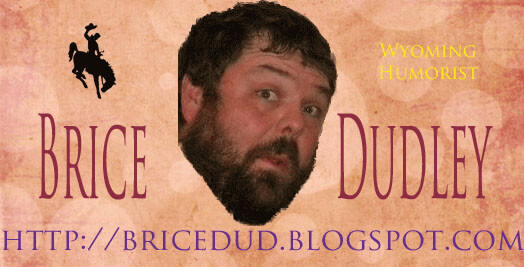 Long time Wyoming resident Brice Dudley was well known in the downtown bar scene as manager of the Cowboy Bar for many years.  everyone that visited the Cowboy knew that when they chatted with Brice, they would wind up chuckling as he told one of his many funny tales.  He has since moved on to be the director of security at a high end Jackson Hole residential community.  In his spare time, Brice has been blogging about, well, … a lot of things.  He had been encouraged by many to do stand-up comedy, but chose not to. Fortunately for all of us, he is sharing his hilarious wit through his blog!

Warning: It isn’t safe for those that don’t like a bit of foul language.